Every so often it is good to get out of Peckham. A perk of being an international DJ is the chance to snoop around other habitats and look for more ‘exotic’ insects. Wherever I play I always look for the nearest flea-market so I can stock-up on vinyl records, and a patch of wasteland where I can look for insects. Airport baggage allowances can cause a few headaches though, trying to squeeze a camera and a large music collection into hand luggage usually results in a few clothes not making it into the suitcase! At least taking a few photos doesn’t weigh anything… the vinyl is another matter.

Last year I was invited to play in Croatia, Bulgaria and Turkey – a chance to take a holiday through the Balkans… 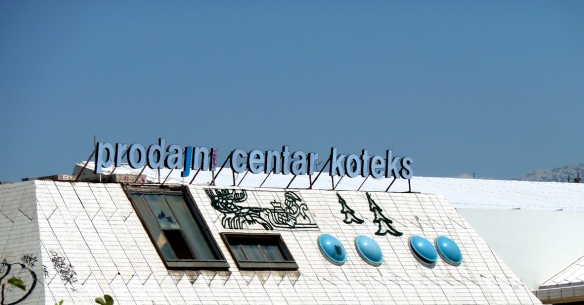 First stop – Croatia. I was booked to play nine evenings in GhettoArt Bar, hidden within the warren-like streets in the old town of Split. Split was beautiful and very hot… it was August and temperatures were in the 40°s. I spent most of the time wilting in the heat, especially as there was no air-conditioning in my room, or in the bar where I was DJing. The nearest respite was the social realist-style Koteks shopping centre over the road from the house I was staying where I could cool off near the freezers in the supermarket. Even the beach, a 20 minute walk away, seemed too far! This complex turned out to be the best place to photograph insects. At the back was a wasteland area cornered by two main roads and spattered with grass and umbelliferae. There was also a patch that was regularly watered, so amongst the parched dry earth was an oasis of clover-clad lawn and lavender bushes. I spent every morning there, shaking off the hangover from the night before. 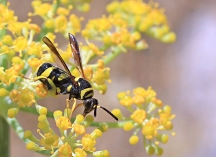 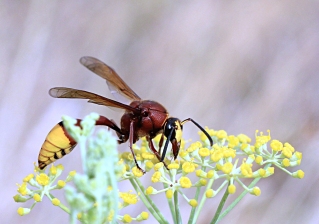 There were wasps galore. Sand wasps, potter wasps, beewolfs, strange looking square wasps and mammoth wasps that looked terrifying. They flitted around the umbelliferas sharing the flowers with Conopid flies and the occasional dragonfly. Bright red beetles and bugs mated on the plant stems. The clover was food for bees and butterflies, and hidden in the lavender bush was a mantis so well camouflaged that it took me a while to realise what I was looking at. Once photographed it slipped from view never to be seen again.

And in the background was the continuous chirping of cicadas. I have never come across so many – especially at such close range. Evidence of them was everywhere, on every tree could be found empty nymph cases littering the trunks. My days turned into ‘spot the cicada’ as I walked around town, stopping at every tree to try and spot these beautiful insects high up in the branches. And their chirping en masse was hypnotic, contributing the perfect soundtrack to a lazy few hours on the beach.

After 10 days my time in Split was over… I had successfully entertained the tourists with my DJ antics. I also had a tan, a metal sculpture of a prawn, a memory card full of insect photos and a rakija hangover. It was time to board the bus to Sarajevo…

The full set of photos from Split can be seen here: Insects of Split

I missed my bus from Split to Sarajevo. I had to hang around for the next one which meant I arrived in Sarajevo at midnight. It was dark and I was disorientated, and with no Bosnian money in my pocket I walked to the hotel. I was knackered after my marathon DJ stint in Split so my time in Sarajevo was used to recuperate, check in on the Olympic Games and feast on cevapi. As a lover of graphic design I also spent a couple of days walking round this haunting city taking photos of old signage. I even found some fusty vinyl records tucked away at the back of a junk shop. Next stop – Belgrade. 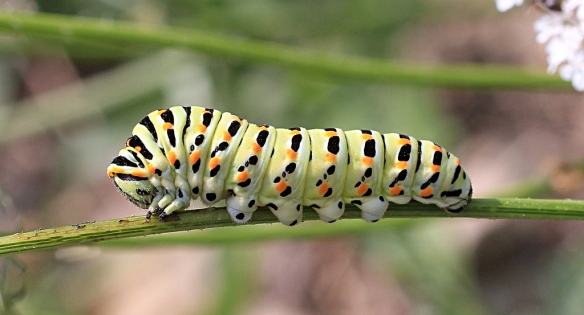 I like taking long bus rides – the coffee stops are a great opportunity to look for insects. There were only six of us on the bus to Belgrade, so running off to search the nearest habitat once the bus had stopped caused a few curious looks in my direction. But who cares when you can find Swallowtail caterpillars! The scenery on the journey was exquisite, even when we passed a forest fire and nearly got hit by the plane that was trying to put the fires out. I got told off at the Serbian border when I tried to get off the bus to take a photo of a butterfly I had spotted through the window: “Madam, you must not go anywhere, we are checking your passport” (in Serbian – the hand gestures said as much!). I was in Belgrade to see my friends Shazalakazoo. I ate the legendary sweetbreads, drank alcohol with the gypsies by the river, and got shown around the sights of Belgrade at night by a randy Slovenian accordion player. And went looking for insects….

The first stop was the Natural History Museum which was showing an exhibition of model insects. Rather fabulous and I especially liked the model springtail. I even purchased a book on Serbian heteroptera with pages full of lovely illustrations in a language I have yet to master. The grounds of the Beograd Fortress saw panoramic views of the Danube and buzzed with the sound of grasshoppers.

I wasn’t prepared for finding a Buffalo treehopper. It was looking at me whilst I was trying to photograph a bee… I stopped short when I realised what it was. These large hoppers originate from north America and have become classed as an invasive species in Europe. It was shy and wasn’t too happy being photographed, showing its distress by hopping far away – these guys can jump! There were a few hoppers in Belgrade, the Citrus flatid planthopper being very numerous. My favourite was the Agalmatium bilobum which looked like a tiny elephant.

My time in Belgrade was short. On my last day I had listened to the most amazing music courtesy of my friend Uros and got drunk at a beer festival. Laden with more vinyl finds I boarded the night train to Sofia. I was heading to Beglika Festival in the Rhodope Mountains…

The full set of photos from Belgrade can be seen here: Insects of Belgrade

I arrived in Sofia at 7.30 in the morning and stocked up on strong coffee. My phone had stopped working so trusted that I was going to be picked up! It was a 5 hour drive south to the Rhodope Mountains, with 2 hours up a dirt track. There was some amazing scenery on the journey but I wasn’t quite expecting the beauty of the lake where the festival was being held. My lodgings for the weekend was a wooden hut six feet from the edge of the lake surrounded by a habitat of wild flowers. A lake that steamed at dawn.

My accommodation overlooking the lake

The festival was actually 8 kilometres from where I was staying, on the opposite side of the lake. I was dropped off and told I was being picked up in 2 hours to be taken to the festival. Enough time for a shower and prepare myself for DJing but not enough time for a snooze. I hadn’t actually slept for 36 hours apart from a short nap on the train… and wondered if I could stay awake. Adrenalin is a good thing in these circumstances as I didn’t get on the decks until 1am. Fuelled by rakija I can’t actually remember how it went or what tunes I played!

My morning hangover was the perfect time to have a look around the habitat I was staying in. Lush flowers were everywhere along with a constant chirping of grasshoppers. Big thistle heads full of bumblebees dominated the landscape along with tall grasses enjoyed by ants. I found colourful bush-crickets and butterflies and lots of grasshoppers.

Huts at side of lake 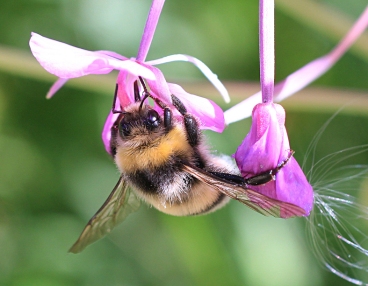 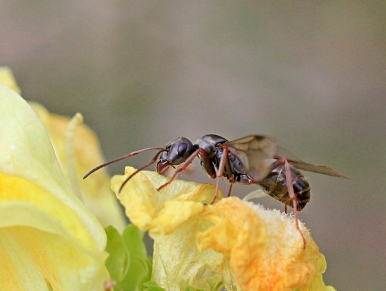 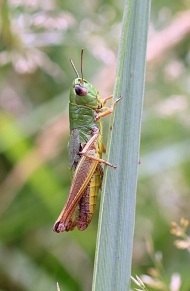 Transport to the festival was by a small dinghy across the lake. My friends Balkan Mashina who were playing at the festival even had to take their equipment on this dinghy – the looks on their faces when they saw how they were travelling was a picture. That night I listened to some fabulous music, drank evil garlic rakija and laughed so much I nearly collapsed. The following morning I walked the 8 kilometres back to our huts with a friend. We were drunk and marvelled at the steaming lake, argued about which direction to walk and looked adoringly at sleeping bumblebees in thistle heads. Beglika inspired me – pure mountain air is good for the soul. I want to go back and spend more time there. But this time I was preparing to go on to Istanbul and that is another story…

The full set of photos from Beglika can be seen here: Insects of Beglika